Dedalus (this is my first novel, a sequel to Ulysses; published by Henningham Family Press, 2018)


His still wet trousers clung to the back of the chair, slack legs emptily swinging. Seasand and airdew. Those trousers which were not his own. Along the dawnblue bay he'd walked back from Bloom's, and mishearing his name the name had stuck : Leonard. Stephen thought sleepily of the silent couple asleep in a doubledream of catpurrs and silences. In the sourbreath of parental love.

Leonard. Good Samaritan, pockets greased with sumac. Greasy nose. Exposed offal. That kindness of the Biblical innkeeper. Sadness frothing from his eyes like overboiled eggwhites. His wife a regular Lilith. Mattress like a compactus on her back. Was it a stage for me to enter into, adulterous? Perhaps he wanted me to watch? Could have saved money in Monto.

Stephen tried to lift himself up from the bed. The room spun in a circuit of lights like the sun reflected from a heliotrope. His tousled head burrowed the shameconcealing pillow. The incident with the chandelier. Rage of the prostitute. Gnashing Succubus. Good job Leonard was there to pick up the fragments.

A clattering rose up the staircase. Breakfast. Stench of Irish Bacon, cooked arseways. Aftertaste of the rind. Haines, the bastard. And Mulligan : after lending him the quid too.

Friday's children would be fattening like seals across the sand, on their way to class. Black liquorice teeth. Loving and giving under the whalefeed of the clouds. He had to teach. 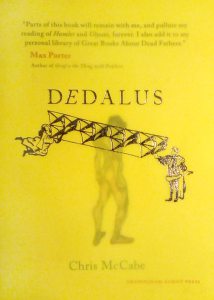 Dedalus was a London Review Bookshop Book of the Week and was reviewed by David Collard in the Literary Review: 'Chris McCabe fortunately has the talent to match his chutzpah and, in dismantling and reassembling Joyce's novel, he has created a complex and original work of fiction... McCabe's invention never flags.'

Cenotaph South: Mapping the Lost Poets of Nunhead Cemetery (Penned in the Margins, 2016)

I’m standing at the gates of Nunhead Cemetery, at last, after a year of circling – or more specifically, triangulating – the cemetery. After two years of trying to cope with a family illness and the resulting avoidance of anything relating to death – I’ve made it inside. I followed the local postman this morning, curious as to where the cemetery’s post is actually delivered. I watched as he walked towards the West Lodge; the deep Royal Mail flash of his jacket lighting up red in the early sun, the only colour against the dusty paths of the cemetery. There was something about his build that seemed familiar – his shoulders rising in slow peaks towards the sloping tip of his balding head – that brought to mind the many headless figurines I’ve seen in Victorian cemeteries. If it was twilight his shape could easily have been confused with that other architectural death feature: the closed urn, half-covered with a shroud – like birds of prey perched on a granite nest. 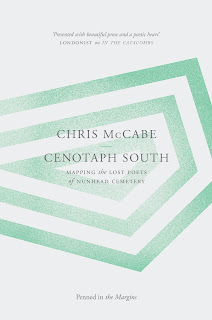 The roundabout is a carousel that enforces dizziness without you needing to move. At last they’re filling-in the hobbits’ network of subways – the ones my wife was scared to walk through at night when she worked in the student bar at London College of Communication at the start of the century. Urban trenches glossed with mosaics. I know someone who – at some point in the nineties – took acid with a friend and got trapped in the subway network. They spent the night looking for a way out, following a leading light back to the north before arriving at the same corner for the hundredth time. The Elephant exists in a perpetual catatonic Groundhog Day. 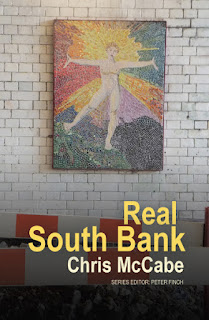 From In the Catacombs: A Summer with the Dead Poets of West Norwood Cemetery (Penned in the Margins, 2014)


I went into the cemetery because I wanted to find a great lost poet. I wanted to find an original voice: unknown and overlooked for centuries. I wanted to give my ear to their music, to listen for its hiss and cadence in the still-smouldering remains of their white ashes.

I have always enjoyed setting myself a question within set parameters and the parameters here are clearly defined: London’s Magnificent Seven cemeteries. In order of creation they are Kensal Green (1832), West Norwood (opened as the South Metropolitan Cemetery in 1837), Highgate (1839), Abney Park (1840), Nunhead (1840), Brompton (1840) and Tower Hamlets (1841). In the Catacombs is the first stage in the journey to search the remains – skeletal and textual – of the poets buried in these isolated parts of London. That search begins here with the 40 acres of West Norwood Cemetery, positioned on the busy commuter train route between Crystal Palace and London Bridge: themselves both structures born of the same Victorian industry... 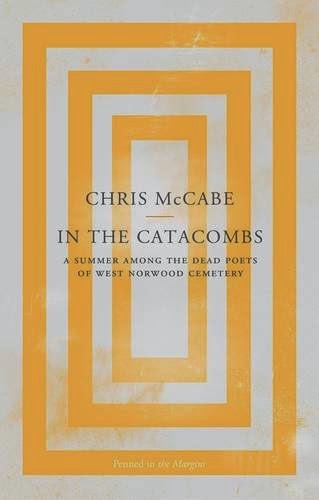 "This is a book thick with research, presented with beautiful prose and a poetic heart" (The Londonist)
Available from Penned in the Margins

I first visited Circle Press in August 2005, at the time that Arc was founded. That was still in the days when it wasn't possible to download a map to a phone; I was carrying printed pages and directions to a quiet residential road in Shepherd's Bush. The July bombings had happened a few months before; the onset of early winter had brought a sense of returning normality. I wrote down some lines for a poem (that came to me outside a Starbucks) describing "sleep-deprived babies".... 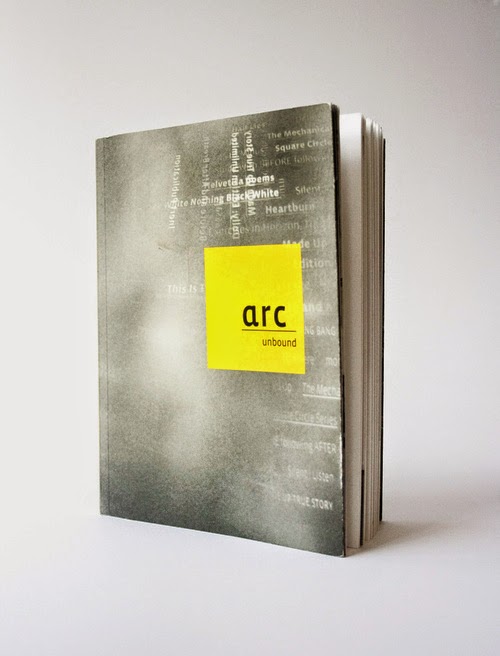 from the introduction to unbound, also containing interpretive texts for works by the artists of Arc Editions, Victoria Bean, Karen Bleitz, Rick Myers and Sam Winston, published in their 2013 catalogue Unbound


Tom Phillips is a painter. He is also a printmaker, collagist and musician. In the 1980 edition of A Humument: A Treated Victorian Novel he stated in the introduction (which comes at the end of the book) that the process of using words found only in the text of an obscure Victorian novel to create his work provided "the solution for this artist of the problem of wishing to write poetry while not in the real sense of the word being a poet..." This maturing into himself as a poet chimes with developments within poetry over this same period of time to allow for a confident reassessment of Tom Phillips the Poet. 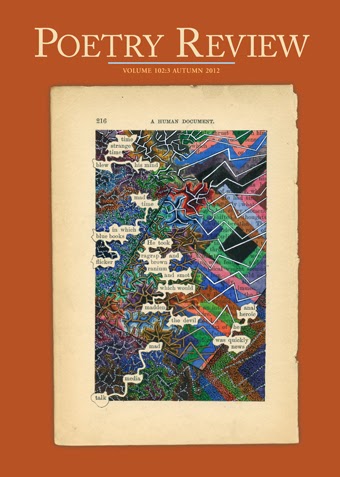 I'm sitting in Ye Cracke, a pub just off Liverpool's Hope Street. Famous in the 1960s as the venue for poetry happenings, it attracted a bohemian Beatnick scene that - perversely for a working-class Dock city - arrived in black turtle-neck sweaters and fused talk of existentialism with the jukebox ker-ching of the latest pop tunes. It was a scene subject to the tidal pull of copious amounts of Bass ale and Double Diamond lager...


I thought that to end this blog I would have to walk the route of the buildings that remain, from Barking Abbey via the Cross Keys pub to end at Dagenham Ford Works. Ford’s the oiled Mordor of the local economy, symbol of inter- and post-war progress, hope, regeneration—towers turreted above Dagenham Heathway, the Thames as moat—demanding faith from the people through the automatic power as provider. I thought that the route would be formed through what remains of Dagenham’s marshland and village past towards its great modern enterprise: felcher of Thames water, funnelling the hilltop. But to see Dagenham is to get out of Dagenham, to look back towards the towers....